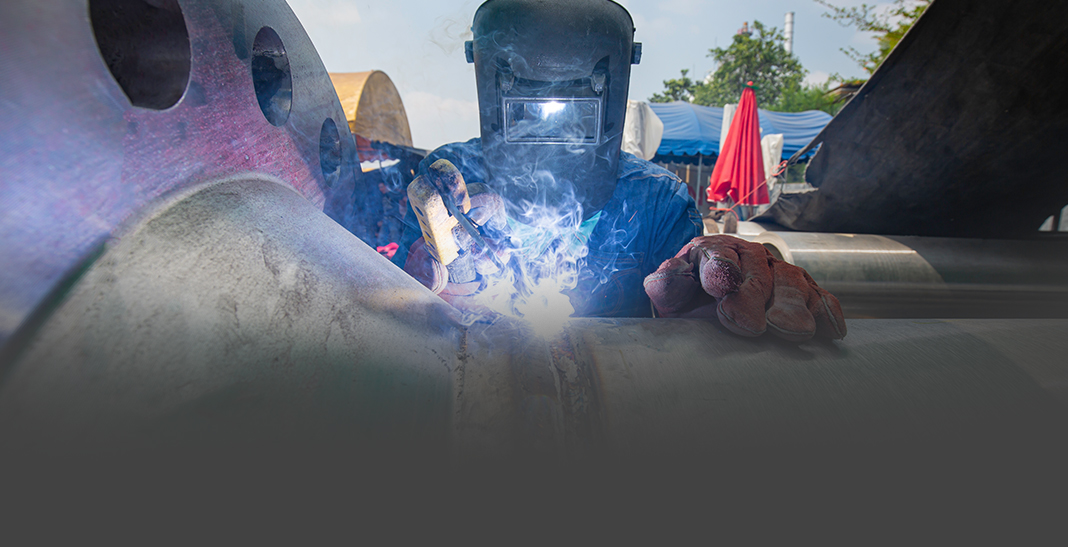 Advanced NDT Methods or Non-Conventional Methods are overtaking conventional methods due to its time saving and efficiency in finding defects.

Phased Array Ultrasonic Testing is an advanced Non-Destructive Testing Method which is derived from Ultrasonic Testing. In PAUT we use a set of probes which are made up of crystals, each of which is pulsed  with computer-calculated timing. The word ‘phased’ refers to timing and the term ‘array’ refers to the multiple elements. It produces ultrasonic sound beams which can be steered, scanned, swept, and focused electronically for quick inspection. This technique is used to detect defects which cannot be easily found with conventional non-destructive testing methods.. It is combined with TOFD (time-of-flight diffraction) since the modern acquisition units and scanners can accommodate both methods simultaneously.

PAUT can be operated manually, semi automatically and automatically. PAUT will give us detailed and accurate cross-section of a part. In PAUT we can sweep the beam without moving the probe so it is having wider application where mechanical scanning is not possible. We can obtain immediate result in PAUT. PAUT is having wider application in fabricated piping and pressure vessel welds. The defect images obtained with multiple angle and beams gives you a more accurate result than basic Ultrasonic testing. It is also used in Corrosion mapping application with Wheel mounted linear array probes.

TOFD is an advanced method based on normal conventional Ultrasonic Testing. TOFD uses diffracted sound initiating from flaw tip to quantify defects. Defects can be detected irrespective of their type and orientation. Two probes are used in TOFD one for transmitting the sound and the other one for receiving the sound which is placed on either side of the weld. In PAUT a longitudinal sound beam is transmitted into the material and a part of this sound beam will get reflected or diffracted by any disturbances or defects along its path before it reaches the receiver. It provides wide coverage of area. The probes will be moved in parallel motion along the weld. The obtained waveforms will be digitalized and stored on a hard disk and will be displayed on video -screen as grey scale image. We will obtain an image which displays cross – sectional view of weld. This is used in obtaining accurate measurements and detection of defects.

Eddy Current Testing (ECT) is one of the powerful NDT Technique based on Electromagnetic Induction used for detection of Flaws.  For the inspection of Tubes, Bobbin Type Probes are used. It is one of the main method used in detecting flaws in conducting materials.

ECT is based on the principle that defects such as crack will disrupt the flow of eddy current and that signal will be captured on  the screen.

What are the major opportunities in the Oil and gas and shipbuilding industry in 2022?