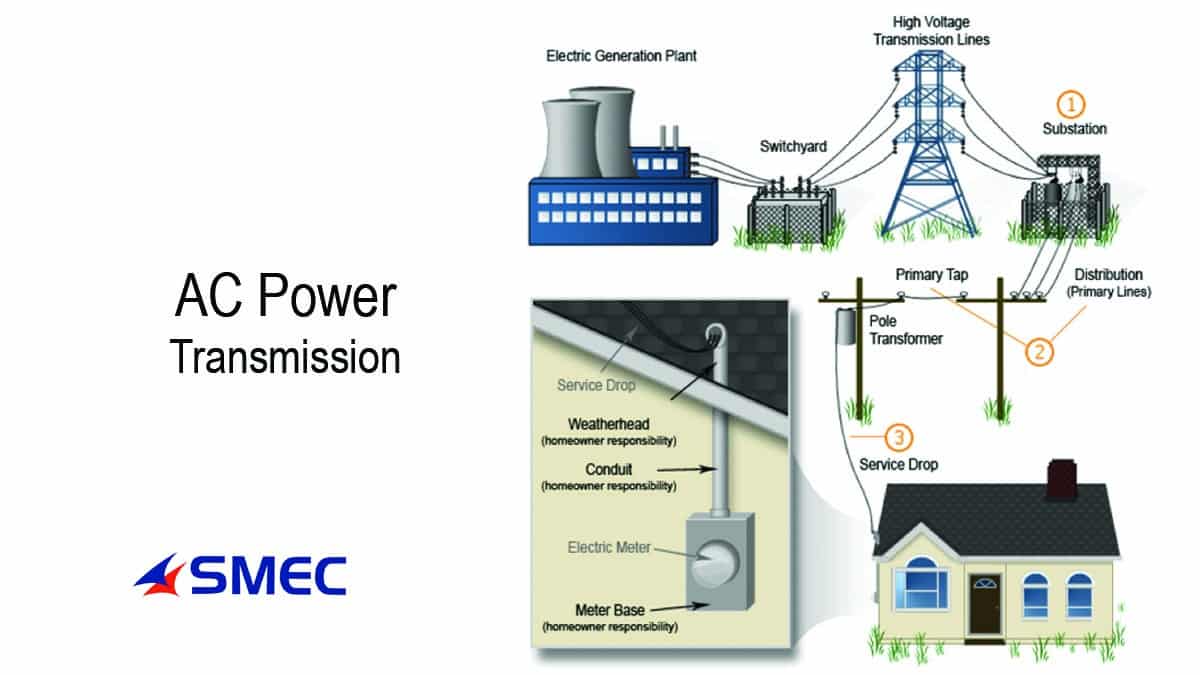 The electric pressure that causes the flow of current in a circuit is called a voltage. The measurement of current is done in ampere, there should be a voltage to attain the current flow.

The current that flows in a single direction is called a direct current or DC. In the case of the alternating current, it is different, the polarity of the alternating current varies a lot and due to this the direction of the current flow would vary too. This is the major difference between AC and DC. An example of a DC source would be the battery, in this, the electron would travel from negative to positive.

The power source in our home is AC. In this, the positive and negative polarity would vary really quickly. In an AC source, the power would vary from maximum to minimum, and Vice versa, it would also change the polarity during the flow. During the flow of alternating current, there would be positive and negative sections. In the alternating current, there will be maximum and minimum cycles and this cycle would take place really quickly.

In an AC current, a cycle is composed of a negative and positive half cycle. The AC current frequency is calculated by this cycle per second. If we connect a bulb to an AC supply with a frequency of 50Hz then the bulb would flicker according to this frequency.

What is direct current?

A battery would be a source of DC current and it has positive and negative terminals. Direct current won’t change its direction or polarity, in case you need to connect a device to DC then we should check the polarity. In case you are connecting a device to an AC supply then you don’t need to care about this polarity. In DC there would be a constant electron flow and the electron would flow from a high mass section to a low mass section. We can not easily vary the voltage of the direct current like the alternating current. This is the major disadvantage of the direct current.

How AC & DC power is generated?

Mostly the DC source is created by chemical reactions and another source would be solar panels. So both these methods are really costly when compared to the AC power generation. DC power is required for some electronic devices and that’s when DC comes in handy. Direct current is required for some complex circuits that use microchips and that’s why mobile phones and computers are using DC supply. This complex circuit requires a constant source of voltage and current and this can be provided by the DC. So now we know why the complex and the intelligent devices are powered by the DC supply.

The AC power would be generated by using the wind, water, nuclear power, etc. In India, AC power is mostly generated by using coal and other methods are hydro and wind. So while using water and air to generate the power the flow of water and air is used to rotate a turbine which would be connected to a generator. So AC power generation is not as expensive as DC, we can easily convert the AC power supply to DC by using diodes. But converting the direct current to an Alternating current is an expensive process. We can use inverters to do this conversion but it is only possible for a small amount of current.

How do DC devices operate in an AC supply?

Difference between AC and DC

Is it possible to store alternating current in batteries?

No, we won’t be able to store AC current in batteries. A battery would store charge according to the chemical reaction. If we try to connect a battery to an AC source then there won’t be any supply of power it is because of the variation in the polarity.

What are the major advantages of the Alternating current over the direct current?

Explain why Direct current is not used in our homes?

Both these power sources are required in our daily life, almost all the electronic gadgets are operating in DC. The power which is supplied to our home from the substation is AC we have a lot of electrical appliances that work on AC. In industrial sectors both AC and DC would be utilized, the distribution panel would be powered by the AC but complex circuits in the industrial control system would be powered by DC.

What’s MEP in construction and What is MEP engineering?

How to do industrial wiring?