SMEClabsTechnology Training News
Home Automation How Intelligent Automation Is Going To Shape The Future Of Our Work... 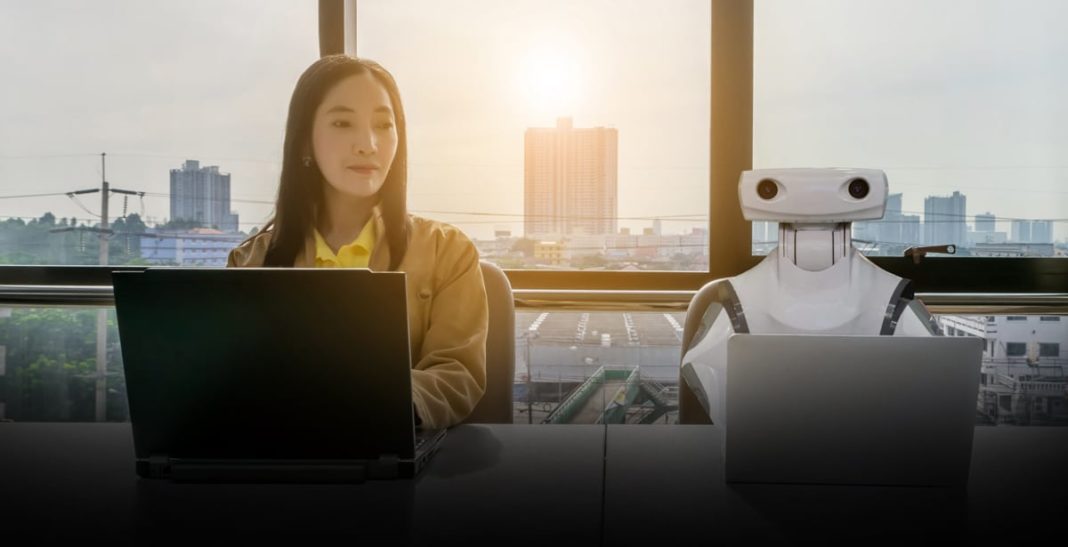 As evident from historical artifacts, people have always been dependent on technology. Obviously, the technology of a certain period may not have been as advanced as the next. However, for the people of that particular era, it was indeed something to look up to. Technology simplifies the lives of people – like how tools and machines simplify our work. This is the beginning of the concept of the Industrial Revolution, which commenced in the 18th century.

The First Industrial Revolution occurred towards the end of the 18th century and continued until the beginning of the 19th century, through mechanization of industries with the invention of the steam engines. Following this, the Second Industrial Revolution happened towards start of the 19th century, with the discovery of electricity and assembly line production. Major technological advancements and progress took place during this period and is currently considered the most important among the four industrial revolutions.

With the invention of computers, factories began to automate their production processes through the use of programmable memory controls during the 1970s. This was the beginning of the Third Industrial Revolution. Currently, we are in the period of the Fourth Industrial Revolution, which began in the dawn of the third millennium through the invention of the internet by the computer scientists Vinton Cerf and Bob Kahn. Also known as Industry 4.0, it is characterized by the application of communication and information technologies to industries.

Also termed as Cognitive Automation or Hyperautomation, it is the combination of advanced technologies like Artificial Intelligence (AI), Machine Learning (ML) and Process Automation (PA). Smart business processes and workflows are created using IA that are capable of thinking, learning, and adapting to their surroundings all by themselves.

Businesses benefit considerably through IA. End-to-end business processes within a digital environment can be automated with the help of IA for delivering the desired outcomes. This improves the efficiency of the process, thereby increasing the outcome and ultimately maximising the business turnover. At the end of the day, both the company and the consumer are satisfied.

It is worthy to note that, interestingly, more and more companies around the world are adopting the automation technology to improve their business efficiencies and turnovers. For instance, leading companies such as Amazon, Netflix, etc. have long adopted IA technology and is growing by 20% to 60% annually. Through the adoption and implementation of IA, every industry can reap such unprecedented growth benefits.

Another strength of using IA is that as per the research conducted by Gallup, around 85% of the employees worldwide are unsatisfied with their job roles or responsibilities. The reason for this alarming rate is because most of their works were repetitive, manual and tedious. IA can solve this problem and boost employee morale and eventually boost the workflow outcome.

Customer experience is one main area where IA has made its mark. It is a well-known fact that customer satisfaction and customer retention are crucial for any business. Studies have determined that over 90% of unhappy customers don’t even bother to give a constructive feedback, and a major share of them would simply leave the brand or company – never to return. Technologies like AI and IA have proven to improve customer satisfaction and customer engagement. For e.g., the AI utilized by the Amazon Company studies the browsing and shopping patterns of their customers and provides similar product suggestions and recommendations based on it. This feature has simplified the shopping experience of the Amazon customers and have created better customer relation and loyalty towards the company.

Undeniably, AI has become a part of our live style. “OK Google”, “Hey Siri” and “Hey Cortana” are few examples of AI-based technologies that we rely on in our daily lives, to make it easier, quicker and simpler.

AI is also fast reshaping the face of almost every industry that we come across to a such a level that within the next 5-10 years, nothing might b the same in our workplace. With developments in autonomous vehicles and machines, no longer would we require human intervention to do most of our daily chores. While IA can help create a better tomorrow, careful and thoughtful developments in the right direction would lead to our overall prosperity. At the same time, with the wrong notion, AI could even bring about the end to our very existence.